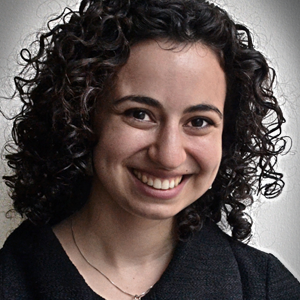 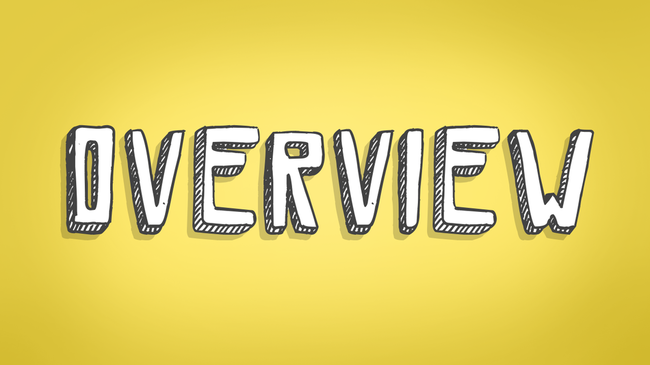 What Is Spinal Muscular Atrophy?

Spinal muscular atrophy (SMA) is an inherited neuromuscular disorder that causes muscle weakness and degeneration over time.1 There are five main types of SMA that account for 95 percent of cases – types 0, 1, 2, 3, and 4.2 Type 0 is the most severe form of SMA and begins before birth. Type 4 is the mildest and begins in adulthood. Depending on the type of SMA a person has, symptoms can include respiratory weakness, problems swallowing and chewing, lack of motor function, inability to walk, or mild muscle weakness.

Life expectancy is often reduced in more severe SMA types.3 The recent introduction of new therapies for SMA may influence the course of the disease, longevity, and disability.4

SMA is a genetic disease. For SMA types 0-4, a person must inherit a mutated survival motor neuron 1 gene (SMN1) from each parent.5 The SMN1 gene, located on chromosome 5, is responsible for the production of survival motor neuron (SMN) protein. SMN protein is essential for the function of motor neurons – nerve cells that send signals from the brain and spinal cord to the muscles. If motor neurons can’t signal the muscles, the muscles atrophy. Depending on the severity of the SMA type, muscle atrophy can lead to compromised respiratory and motor function.3

The type of SMA a person develops can be influenced by a second gene on chromosome 5 called SMN2. The SMN2 gene produces some survival motor neuron protein, but not enough for normal muscle function. People without SMA usually have one or two copies of SMN2, though they may have more. Among people with SMA, having more copies of the SMN2 gene is associated with a less severe form of the condition.3

Cases of SMA were first described in the early 1890s by Austrian scientist Guido Werdnig and German scientist Johan Hoffmann, leading to the name Werdnig-Hoffmann disease for what is now known as SMA type 1. The first cases of severe SMA in babies were identified around the same time, in 1899 and 1903. Milder forms of SMA, what might now be considered types 3 or 4, were first described in the 1950s. The classification system used today to describe SMA types 0-4 was developed in 1991.2

Scientific understanding of SMA improved greatly in 1995 when researchers led by French geneticist Judith Melki discovered that 95 percent of all SMA cases are caused by a mutated or deleted SMN1 gene.2 The same research team discovered the SMN2 gene, which is sometimes referred to as the SMA “back-up gene.”6

Discovering the role of the SMN genes opened the door for new diagnostic tools and research. Before identifying the SMN1 gene, SMA was diagnosed based on signs and symptoms of disease, rather than genetic testing that can confirm the presence of a genetic mutation.6

The SMN gene breakthrough also allowed scientists to begin animal experiments to expand research on the genetic factors that influence SMA. Improved understanding of the genetic pathology of SMA opened the doors for clinical trials, which were rare before the 1990s.2

Clinical trials for SMA have led to improvements in treatment options, including the first SMA treatment approved by the U.S. Food and Drug Administration (FDA) in 2016 – Spinraza (Nusinersen).7 A second treatment for SMA in children under age 2, Zolgensma (Onasemnogene abeparvovec-xioi), was approved in 2019.8

SMA is a rare disease. It occurs in about 1 out of every 11,000 births in the United States. About 1 in 54 people in the U.S. is a carrier for SMA, though this rate varies by ethnic background.9 While SMA impacts a small number of people, it is the top genetic cause of infant mortality.7

There are five main types of SMA – types 0,1,2,3, and 4 – that comprise 95 percent of SMA cases. These types of SMA are all caused by a mutation on the SMN1 gene. Types 0-4 are differentiated by age of onset and severity.10

There are several other very rare types of SMA, including SMA with respiratory distress (SMARD) and distal SMA. Read more in Types of Spinal Muscular Atrophy (SMA).

How Is SMA Diagnosed?

Spinal muscular atrophy is usually diagnosed through genetic testing. The genetic test for SMA looks for mutations on the SMN1 gene on chromosome 5.5 Until recently, genetic testing was usually only conducted if a person showed symptoms of SMA or if there was a family history of the condition. Beginning in 2018, the United States Department of Health and Human Services added SMA to their list of conditions newborns should be screened for in their first 48 hours of life.15 As of January 2020, 17 states include SMA as part of routine newborn screening.16 Cure SMA offers resources for parents whose children were diagnosed through routine newborn screening.

Before genetic testing was available, SMA was diagnosed via a muscle biopsy. If SMA was suspected, doctors would remove a tiny piece of muscle tissue for evaluation in a lab and perform an electromyogram (EMG) to evaluate the electrical activity of muscles. Muscle biopsy and EGM may still be used on occasion if genetic testing is inconclusive.10

What Are the Symptoms of SMA?

Difficulty sucking, chewing, and swallowing are most prevalent in babies and children with severe forms of SMA. Eating difficulties are the result of muscle weakness in the throat and mouth. A feeding tube may be necessary to ensure infants and children with SMA receive adequate nutrition.17

Motor skill development and mobility is depending on SMA type. Babies and children with SMA type 0 and type 1 will never develop the ability to sit up unsupported.1 Children with type 2 may learn to sit up but may lose that ability as SMA progresses.5

Problems with respiratory function are most common in SMA types 0-2 and other severe forms of SMA.18 Breathing problems occur because of muscle weakness in the intercostal muscles (muscles that allow the chest to expand and contract when breathing).19 Respiratory problems can also be related to scoliosis (curvature of the spine).20

Respiratory weakness can make it difficult for people with SMA to effectively cough to clear secretions from the lungs and can also put them at risk for aspiration.13,19 Inability to cough and aspiration increase the risk of chest infections like pneumonia.13

There are many other SMA symptoms that can impact function and quality of life. They include:

Learn more about these symptoms in Symptoms of Spinal Muscular Atrophy.

How Is SMA Treated?

Depending on the type of SMA and symptoms, SMA can be treated with therapies that manage symptoms and disease-modifying therapies.

There are two disease-modifying therapies available for SMA - Spinraza (Nusinersen) and Zolgensma (Onasemnogene abeparvovec-xioi). The FDA approved Spinraza in 2016 and Zolgensma in 2019. Both drugs are forms of gene therapy.21 People with SMA may be eligible to participate in clinical trials to receive access to new treatments.

Breathing support can be critical for people with more severe forms of SMA. Breathing problems can be addressed with noninvasive or invasive ventilation support. Noninvasive forms of ventilation support are used as needed and can be removed.17 A bilevel positive airway pressure (BiPAP) machine is a non-invasive option often used for breathing support while sleeping.19

Ventilation supports that penetrate the body are available if non-invasive options aren’t sufficient. Examples include an endotracheal tube (tube that goes through the trachea to the lung) that can be used short-term and a tracheostomy (surgical placement of a breathing tube in the trachea). In addition to breathing support machines, respiratory therapy can help strengthen weak intercostal muscles.19

Feeding tubes may be necessary in cases where muscle weakness impacts a person’s ability to chew or swallow. Some feeding tubes are placed surgically through the skin and some are placed through the nose. They may go to the stomach or the small intestine.17

What is the prognosis for spinal muscular atrophy?
Generally, the prognosis for SMA depends on the type of SMA and the age of onset. SMA types that occur later in childhood or in adulthood tend to have a better prognosis than those diagnosed in infancy.3 New treatments may alter the prognosis of people with SMA.

Is there a cure for spinal muscular atrophy?
Unfortunately, there is no cure for SMA. However, there are SMA treatments available to manage symptoms and prolong life.10 Significant advances in treatments have been made in the last few years that have expanded the options available to people with SMA.21

Article written by Kelly Crumrin People with spinal muscular atrophy (SMA) may have a higher risk...

Member Spotlight: Life Can Still Be Fulfilling, No Matter What Level of Mobility I Have

What do you know now that you wish you knew when you were first diagnosed? It was a different...

Member Spotlight: Life Can Still Be Fulfilling, No Matter What Level of Mobility I Have

What do you know now that you wish you knew when you were first diagnosed? It was a different...
read article >

SMA and COVID-19: Are You at Greater Risk? 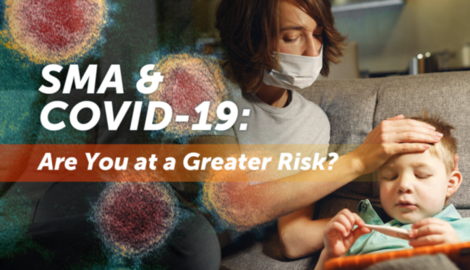 Article written by Heather Lapidus Glassner Many mySMAteam members have concerns about their risk...

SMA and COVID-19: Are You at Greater Risk?

Article written by Heather Lapidus Glassner Many mySMAteam members have concerns about their risk...
read article >

Maximize mySMAteam by sharing a little bit about yourself. This article will help you get started...

Maximize mySMAteam by sharing a little bit about yourself. This article will help you get started...
read article >

Article written by Kelly Crumrin According to Harvard Medical School, those of us living with...

Article written by Kelly Crumrin According to Harvard Medical School, those of us living with...
read article >

Two Ways to Get Started with mySMAteam

Connect with others who are living with spinal muscular atrophy. Get members only access to emotional support, advice, treatment insights, and more.

Get the latest articles about spinal muscular atrophy sent to your inbox.

close
Overview Symptoms Treatments Types Causes Related Conditions Diagnosis
New to mySMAteam? Learn More
Quick Links
Q+A Treatments A-Z Resources Are you a provider? Crisis
About Us
What is mySMAteam? Partner with us Terms of service Press/News Privacy policy Cookie policy
Help With This Site
Getting started FAQ Community guidelines Contact us
© 2020 MyHealthTeams. All rights reserved.
mySMAteam is not a medical referral site and does not recommend or endorse any particular Provider or medical treatment.
No information on mySMAteam should be construed as medical and/or health advice.